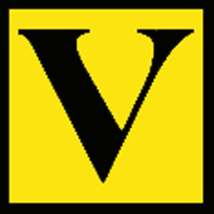 Townes Van Zandt: No Place To Fall – Live At The Old Quarter, Houston, Texas (1973)
I’d come across the name of Townes Van Zandt in many interviews and articles, with one quote attributed to Steve Earle getting my attention: “Townes Van Zandt is the best songwriter in the whole world, and I’ll stand on Bob Dylan’s coffee table in my cowboy boots and say that.”  Townes’ supposed reply was “I’ve met Bob Dylan and his bodyguards, and I don’t think Steve could get anywhere near his coffee table.”
I was given a bunch of CD vouchers on leaving a job in Dublin (they knew me too well) and I was happy to take a punt on Steve Earle’s recommendation. I had no idea where to start with Townes, but a live album would hopefully double as a “Best Of”.  It was a lucky choice, and this is probably my favourite live album by anyone.  There are so many great songs to choose from here – Pancho and Lefty (covered many times by Dylan), If I Needed You, For The Sake Of The Song, Tecumseh Valley….and he tells jokes too.

Suzanne Vega: The Queen and the Soldier (1985)
It took me a while to cross paths with this song, but I finally discovered it on a trip to London in 1997.  I think I drove my friends slightly mad with the frequent repeat plays. It was also the trip where I discovered the qualities of a Gin and Tonic, so it was a successful few days. I had no idea that it had been a fan favourite for so long, and I still hope to hear Suzanne play it live one day.  I was chuffed to receive replies from Suzanne to a couple of tweets, but so far my campaign to get her to New Zealand again has been unsuccessful. I’m not giving up!

Velvet Underground: Venus in Furs (1967)
If I could travel to one time and place, it would be to see these guys assaulting the senses of New Yorkers in 1967. Not too many seem to have been listening at the time, but the Velvets have now received their recognition.  While the Beatles were hanging out in Penny Lane and Strawberry Fields, the Velvets were capturing a sick and dirty lifestyle on the streets of  New York.  Their uniqueness owes as much to John Cale’s grating viola as to Lou Reed’s lyrics, and when Cale left the band after two albums, the Velvets were the poorer for it.

Velvet Underground: I’ll Be Your Mirror (1967)
Lou Reed’s songs always seemed personal, but fortunately they weren’t always about the darker side of New York life.  He gave this gentle song to Nico to sing on the Velvets’ debut. This was the first song I ever heard Lou Reed play – not a bad way to start a show.

This entry was posted in Music and tagged I'll Be Your Mirror, John cale, Lou Reed, Nico, No Place To Fall, Suzanne Vega, The Queen and the Soldier, Townes Van Zandt, velvet underground, venus in furs. Bookmark the permalink.